Starting Monday, November 10, 4,000 copies of Ana Busca Trabajo will reach job seekers across New York through 15 different distribution sites across the 5 boroughs, Long Island, and Westchester County.  The organizations involved (listed below) are all part of the Justice for Job Seekers campaign, a coalition of 31 organizations working together to reform New York employment agency laws to end fraudulent and predatory practices.

The graphic novel aims to educate the community about employment agency fraud, how to detect it and what to do if they fall prey to an agency’s predatory practices.  The story is told as a “novela gráfica,” or graphic novel, a popular education tool widely used throughout Latin America and in Latino communities in the United States.

Ana Busca Trabajo is the story of Ana, an immigrant domestic worker, who is defrauded by two employment agencies as she desperately seeks to find work to support her family. One agency charges her fees without ever placing her in a job, while refusing to honor the legally required refund; another sends her to a job with exploitative working conditions.  In the end, Ana learns about her rights as a consumer of employment agencies and shares with other job seekers her lessons –learned through ‘consejos’ (tips) to prevent falling into the same traps she did.

“…many of us, domestic workers, are suffering because of these employment agencies. They charge us a lot of money only to send us to exploitative jobs. I paid $140 to an agency and they sent me to a place that did not want to pay me my wages. I left that job and went to the employment agency to complain and request a refund, but the woman at the agency yelled at me and refused to return my money.” Francisca Rodriguez, domestic worker, NICE member

For its authors, the reality of the situation in their communities served as inspiration:

“Writing this novela was a powerful experience for us fueled by a desire to help our community, especially victims of fraud,” states Jesus Morelo, co-author of the novela.  “It began over three years ago, when we surveyed agencies as mystery shoppers and learned how they commit fraud. It’s been a long process, but one that has allowed us to reflect on our own experiences to create something useful to others.”

“This novela is important because in our neighborhoods you walk down streets flooded by agencies that make a lot of false promises but you should not believe everything you see or everything you hear,” says Catalina Antonio, NICE member-leader and novela co-author.  “To protect yourself you have to educate yourself about your rights and your responsibilities as a job seeker,” further explains another co-author, Maria Luisa Fretell.

Mr. Morelo, Ms. Antonio and Ms. Fretell are part of an eleven-member working group who worked together with NICE organizers and graphic designer Alfredo Lopez to create the novela.

What makes this story unique is that it was written by NICE members and based on their life experiences. NICE members were involved at each stage of the process, from research, to storytelling, to writing. My role as designer was simply to create images for the story. It was a true honor to collaborate with NICE members to raise awareness about such an important issue affecting the immigrant community.” Alfredo Lopez, designer

“Too many predatory employment agencies take advantage of vulnerable, unemployed low-wage and immigrant job seekers desperate for work. This tool also aims to address an equally important concern: We want job seekers to know that they can assert their rights safely without fear of retaliation. Many look to trusted community-based organizations to report fraud, which is why we have partnered with groups across the state to share the novel and to support job seekers should they find themselves in need of help.” Valeria Treves, Executive Director of New Immigrant Community Empowerment

Ana offers some tips when using an employment agency:

What our allies are saying:

Assemblyman Francisco P. Moya (D-Jackson Heights), the lead sponsor of the Justice for Job-Seekers Bill in the New York State Assembly: “Predatory employment agencies take advantage of our most vulnerable, immigrants and low-wage workers who are desperately seeking work. They’re nothing more than scam artists looking to make a quick buck off the backs of those who can least afford to be scammed. Unfortunately, our current laws are insufficient and even enable this type of predatory behavior. That needs to end. That’s why I’ve been working to pass the Justice for Job-Seekers Bill. In the meantime, job-seekers need to be aware of how to protect themselves from predatory employment agencies. I commend NICE for taking this innovative approach to educating vulnerable job-seekers about how to protect themselves from exploitation.”

Senator Diane Savino (D-Staten Island/Brooklyn), “Ana Busca Trabajo (Ana Looks for Work) provides insight into a job search through an employment agency.  It provides valuable instruction on what to expect from an employment agency, how to avoid being deceived by one and where to turn if you have fallen prey to an unscrupulous agency. NICE knows first-hand who are falling victim to predatory employment agencies and has found a “novel” and effective approach to reach these job seekers before they are victimized.”

“I applaud NICE on the release of their second graphic novel—an innovative way to educate and empower consumers.  Employment agency fraud is far too common in the immigrant community. As Chair of the Committee on Consumer Affairs, I am committed to ensuring all New Yorkers know their rights and are protected from deceptive practices.” Council Member Rafael L. Espinal, Jr. (D- 37th Council District- Kings).

“In my own experience, many employment agencies charged you $100.00 dollars or more with the promise that they would train you and find you a job. I went to an employment agency after they charged me more than $150.00 dollars; I did not get any job or training. We have to pass a law that ends with this practice.” Marlon J Barrera, Laundry Workers Center’s member

“Low income workers are vulnerable not only to their employers but to employment agency as well.  The issue of employment agency fraud is a problem not only in one community but all communities who seek work through employment agencies. Fraudulent agencies make thousands of dollars in one day sending 10 people to one employer, knowing that only one will get the job, while the rest lose their money. This is a serious problem for low income workers who are becoming poorer and poorer as scamming agencies make money.  Job seekers deserve protection and justice from predatory agencies.” Narbada Chhetri, Director of Organizing and Advocacy at Adhikaar and affected community member.

“Ana Busca Trabajo is an educational comic book because of its motivating power. Most job seeker do not know their rights, and the employment agencies take advantage of them.  This novela is a guide for all workers using the agencies. We believe that the only way to stop the scams of thsee predatory agencies is through the education and organizing process.” Rosanna Rodriguez, Laundry Workers Center

“New Immigrant Community Empowerment (NICE) rewrites the story of employment agency fraud of low-income immigrant workers by empowering them to detect and report these predatory practices. Ana Busca Trabajo (Ana Looks for Work) is more than the story of one immigrant domestic worker; it is the story of all domestic workers in New York who have been defrauded by employment agencies. This “novella grafica” or graphic novel uses popular education methods to allow readers to identify with the protagonist and realize that like Ana, knowing their rights can prevent them from becoming an agency’s next victim.” Ann Heekin, President, Don Bosco Workers, Inc.

“Low wage workers have the exact same rights as any other worker. The fact that there are those who would prey upon their need for a job is sickening” said La Fuente Executive Director Lucia Gomez. “This novella serves as a powerful education tool that empowers community members to understand that they have rights when seeking employment.”

“We firmly believe that the graphic novel, Ana Busca Trabajo, will receive an enthusiastic reception among the immigrant community. In addition, it will serve to educate and raise awareness regarding the risks that may be associated when using employment agencies that engage in fraudulent practices. We anticipate the graphic novel’s notable success and are fervently united in the endorsement of its distribution and the diffusion of its content and message.” Jorge E. Martinez, El Centro del Inmigrante, Outreach & Training Organizer

“We applaud our member group NICE for a fantastic, creative approach to educating people about the issues affecting our communities,” said Steven Choi, executive director of the New York Immigration Coalition. “The graphic novel, Ana Busca Trabajo, is an informative tool that can be taught in schools and can be used by community organizations and offices across New York to inform everyone about the struggles and successes of hardworking immigrants.”

“Cabrini Immigrant Services of NYC applauds this new novella, Ana Busca Trabajo. As long as immigrants in our country are forced to live in fear and obscurity and do not know their rights, unscrupulous villains will continue to prey upon them.  Without any doubt, the novela will help immigrant workers across the city to break through this abuse and reclaim their dignity.  From the bottom-up process of its creation, to the strong message it sends, Ana Busca Trabajo, is a powerful example of things we can do to create people’s power and build toward a more just, more inclusive world. Our warmest congratulations and thanks go to NICE and the co-authors of Ana Busca Trabajo!”  Javier F. Ramirez Baron, Executive Director, Cabrini Immigrant Services of NYC

You can pick up your own copy of the novela gráfica, Ana Busca Trabajo, at the following community organizations, starting on Monday, November 10th. 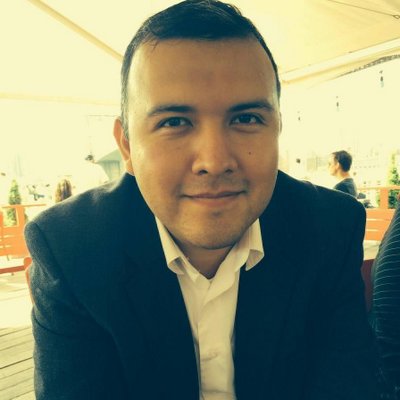